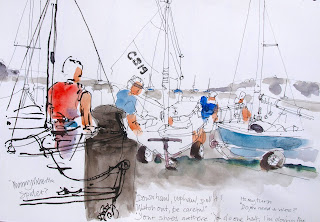 Beautiful Bosham, the place has been inhabited since Roman times and is close to the famous villa at Fishbourne. See my post 2012  'Floored by the Romans' http://bit.ly/2cjl3h3

The Romans were responsible for Bosham’s mill stream as there was no fresh water, and built a basilica there! Today it is a place paddling

On Sunday it was hustle and bustle. Members of the sailing club were bringing their dinghies off the water. Helms were shouting at crews and crews were shouting back. Talking in a loud voice seems to be a prerequisite.

I had a jolly day there drawing, as part of my weekend drawing course at West Dean directed by well-known illustrator Paul Cox.

More on Bosham from the voluble http://www.westsussex.info/bosham.shtml 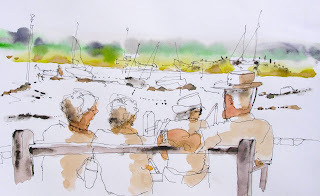 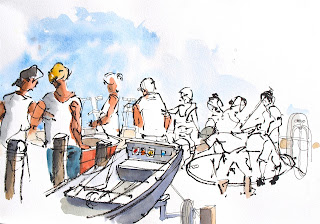 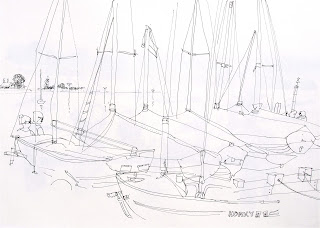 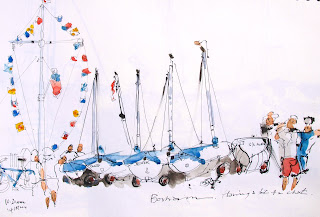