The puppy ate my homework!

Rosie the puppy has this habit of occasionally taking a small bite of the the post as it lands on the door mat. The unfortunate victim of a recent attack was my copy of Fallon's Angler http://fallonsangler.net 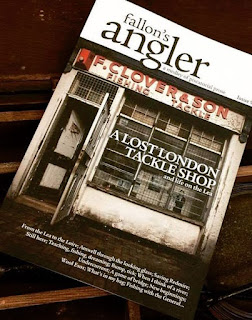 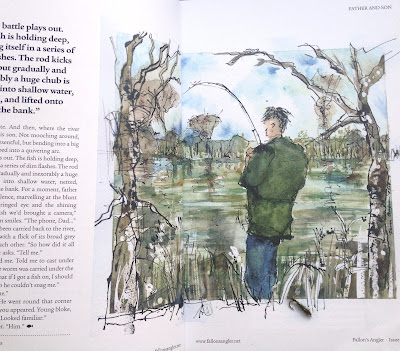 Not much damage was done, particularly to the pages on which my two illustrations appeared.

Fallon's Angler is a beautifully produced quarterly and crammed full of writing about the water, the river banks and surrounding and fishing.

If you have not the slightest interest in things piscatorial the magazine is a darn good read.  I was delighted to be asked to provide two drawings. 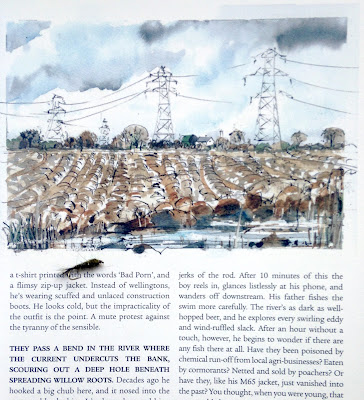 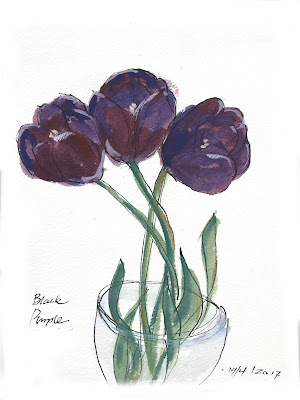 The tulips have been wonderful in every garden this spring including Sian’s.

Yesterday day the song ‘Tulips from Amsterdam’ popped into my head!

The late great Max Bygraves enjoyed a big hit with the song, reached #3 in the UK charts in 1958 and stayed there for twenty five weeks!

The word tulip first mentioned in Western Europe in or around 1554 and seemingly derived from the "Turkish Letters" of diplomat Ogier Ghiselin de Busbecq.

Cultivation of the tulip began in Persia, probably in the 10th century. 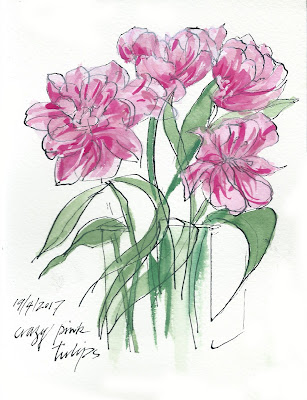 A feather for Frank and Grace - a brush with fashion 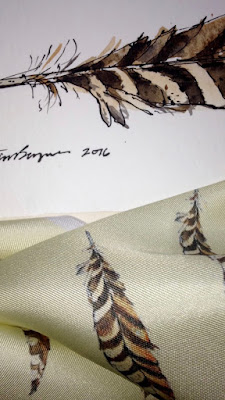 Wonderful to be collaborating with designer Daisy Siggers and her company Frank and Grace. They make hugely stylish country clothing and accessories  - salivate here -  www.frankandgrace.com 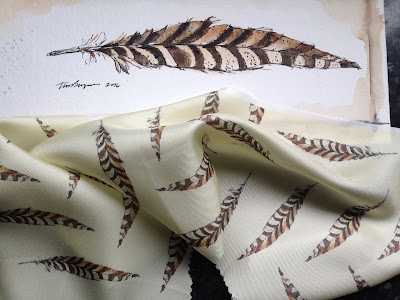 Inspired by country living, their designs are bought to life using the finest faux fur and traditional tweeds.

I was happy to oblige with an illustration of a pheasant feather, which been turned into a lovely silk scarf. Now plans of being laid to use the drawing for a small lapel brooch to adorn their lovely gilets and scarves.

Shot gun, first one's for me! 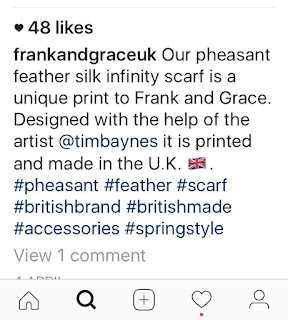 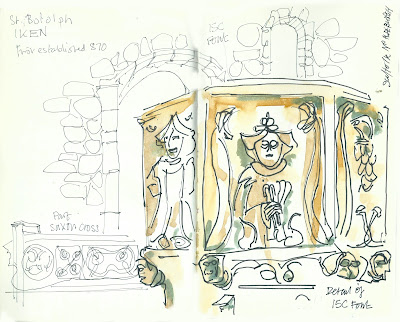 There has been a church for almost 1350 years. This is where St Botolph came ashore in AD 654, and founded his monastery.

The church tower is a good visible from a good way off. We saw it from Snape Malting’s and so round the lanes, over to see it. The church sits in its pretty churchyard. On three sides are the marshes, and the river runs around it like a girdle.

Inside is a lovely font, one of the best in the East Anglian style: angels alternate with evangelistic symbols to convey the Passion.

And by the font a large object! It is part of a Saxon cross, discovered in the tower when it was restored. It is the bottom 1.5 metres of a cross that must have been about 3 metres high. It perhaps dates from the 9th century. It may have been raised here as a commemoration after the Vikings had destroyed the original monastery.

Across the shifting, shimmering mudflats, the fading light shows them gold, over the fence to the north, the sheep graze and one comes up to us and say hello.

Return to Dust 7 years on - Part 4 To Hamburg

“The 2010 eruptions of Eyjafjallajökull were volcanic events in Iceland which, although relatively small for volcanic eruptions, caused enormous disruption to air travel  in April 2010.”
© Wikipedia 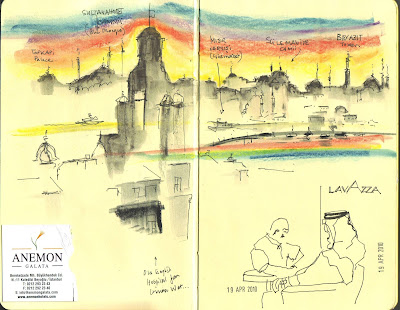 The other day I found my diary and drawings . . . I was 5,969 miles away in HK working with BBC colleagues.

Certainly a morning for celebration as I have clean shirt from the hotel laundry the cost of which is allowable under the BBC's expenses policy.

Awoke, in a bed, to the sound and then smell of fresh rain, soon followed by bakery smells particularly croissants.

Supper last evening was splendid, the Anemon Resturant close by and level with the top of the Galata Tower. It afforded a wonderful view of the Golden Horn and European side of the city, all washed in a crayon sunset. 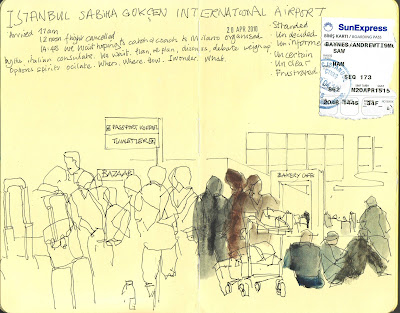 After the distress of the Milan cancellation we hung around the airport, free Wi-Fi, surfing for options to get into Europe from Istanbul.

Some friendly Italians, victims of the same abandonment, offered us seats on a coach laid on by their local Consulate.

So we then hung around with the Italians waiting for this coach.

We got wind of a flight to Hamburg announced. Lara runs over to the SunExpress ticket desk and secures four flights.

Hey presto we are now in Hanover. They switched airports just before we took off.