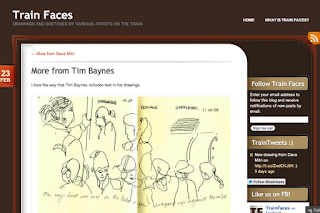 Oh that Jamie's commuting blog is so cool and it's not JUST because he features me sometimes . . although I am super-grateful when he does.
Thanks Jamie - sites like yours are a inspiration to keep going.
Linkie
Posted by Tim Baynes Art at 14:33 No comments:

COMMUTING, WE ALL DO IT! 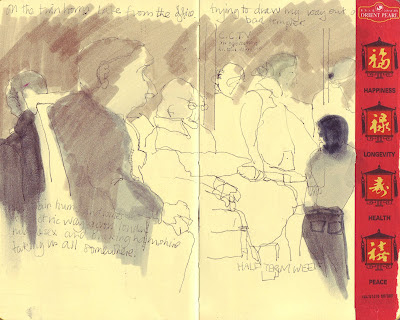 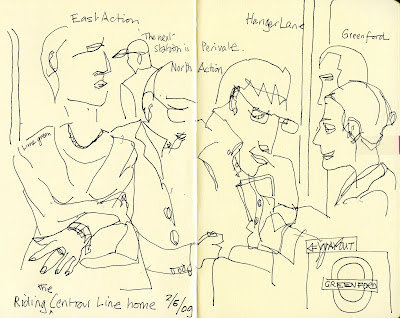 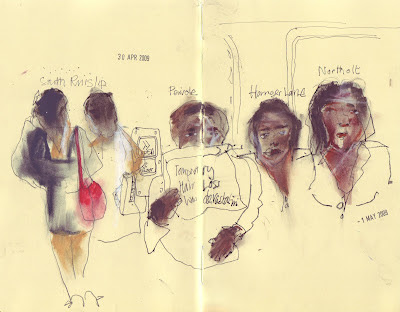 Oh well we all have to commute at some stage in our lives, this week, school half-term holiday week is when the discomfort is acute. Last evening a teenager trespassed on the track at South Ruislip Station and threw two train companies into chaos (Chiltern Railways and London Underground).

How far can you go? Long-distance commuting to work in England and Wales has increased by a third over the past decade, according to researchers from Aalborg University in Denmark, who came all the way to London to report their findings to the annual conference of the Royal Geographical Society. More than 800,000 workers now travel more than 30 miles to work. Extract from The Guardian Feb 2012

Meanwhile The Rail, Maritime and Transport union has rejected a pay offer worth up to £500 for London Underground staff working during the Olympic games. The RMT, which represents thousands of tube workers, said the money was not an adequate reward for being on duty during the event, which will see a huge increase in passenger numbers across the capital for weeks. Extract from The Guardian

Companies are putting there life on hold during July 2012 because commuting (into London will be/may be more than unusually unpleasant. Heard in recent meetings. 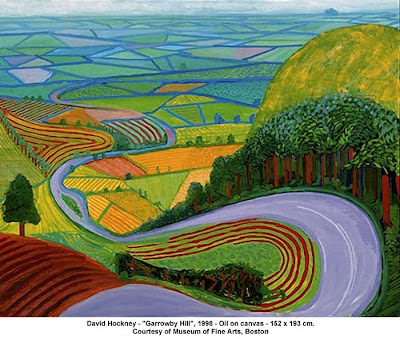 On Thursday I was lucky enough to be a guest at the New York Times-hosted special viewing of the Hockney Exhibition, A Bigger Picture at the Royal Academy. In spite of what I had read nothing prepared me for the sheer scale of this show. After 90 minutes wandering peaceably round all 12 rooms of work there was a lasting impression of being in the presence of great and highly contemporary work.

The show was effectly curated by the artist himself, since its conception in 2007. On show there canvases of very English nature: This was Yorkshire that could have been Buckinghamshire or Cambridgeshire. Included where ideas created by watercolours and oils painted on the spot.

Room 12 was my personal favourite with its exciting collection of numerous sketchbooks, his iPad work that is bound to set the heart pounding in terms of how this new medium can be deployed and compelling screen shows of his sketchbook work.

As I and several hundred other people wandered I caught this transatlantic sound-bite, which for me summerises the experience 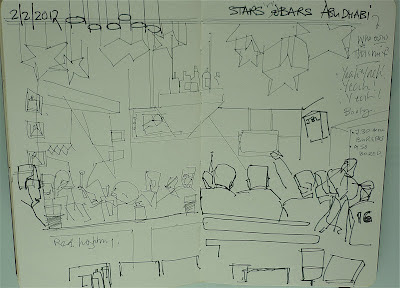 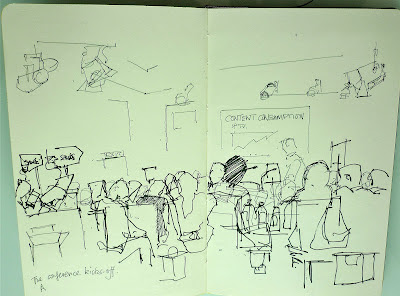 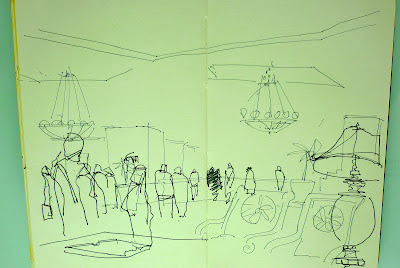 Last day of conference yesterday.
A R&R short trip down town early last evening: Stumbled across parking lots trying to find the Corniche, abandoned the idea and took cabs across to the Emirates Palace Hotel - a landmark of gold and marble. Fatigue setting in.
Whole team more than ready for sleep and gave thanks for the non-availabilty of alcohol as it was The prophet's birthday.
Saturday: Today. Project Office closed up. Everything stacked in reception, for the airport bus.
Home. :)
Posted by Tim Baynes Art at 06:49 1 comment: 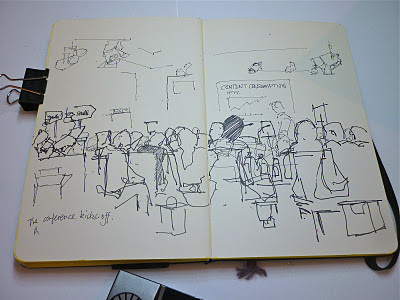