This trip was to see the final few churches in Jenkins’ survey of churches in Berkshire, England's Thousand Best Churches by Simon Jenkins pub. 1999. Forward we went, west along the M4 and turning off at J13, Chris, Ricardo and I.

CHURCH 1
On the banks of the River Kennet sits St Mark and Luke in the hamlet of Avington. By all accounts and records this is a Norman treasure. This is isolated place and in private hands, although opens occasionally. We believed it to be locked, however Christophe turned the ancient door handle and we were inside.

This lonely gem is Norman; from its porch to its great sagging arch that separates Nave from Chancel. And on this arch are remarkable carvings, beakheads and monsters. Beakhead ornaments, are found decorating the arches of Norman and Romanesque churches in many parts of Britain. They are one of the most bizarre and intriguing forms of sculpture - terrifying heads of birds, beasts or monsters stare down from the arch, as if to frighten the congregation!

CHURCH 2 . . .
The second church in another meadow by a river, the Lambourn, is St Thomas the village East Shefford. To get to the church you pass the reconstituted manor house and the suspicious scrutiny of its gardener.

The Churches Conservation Trust has nimbly restored the church. A light touch made all the more enjoyable on this sunny day. And the sun poured into the south chapel and the alabaster resting place of St Thomas Fettiplace and his Portuguese wife Beatrice; Whilst angels weep around the sides of this gentle knight’s tomb. There is lots to love here, included a mural of the Nativity with the Kings. There is also post-reformation text used to blot out pre-reformation murals.

After an excellent lunch at The Swan at Great Shefford we went to our final church, St Mary Aldworth.

The ‘English Decorated’ period ran from 1250 to the outbreak of the Black Death, 1340. This was a period where English stonemasons and carvers were walking on water.

They created tall, willowy, windows and columns and other pieces. All where Kate Moss-like; slender confections in stone and now found throughout England and Scotland. This was a period was architects and stonemasons simply showing off!

St Mary the Virgin, Aldsworth is nowhere near anywhere. However it does boast wonderful Decorated carvings around a set of effigies of the De La Beche* family. There are eight tombs in total, and as we entered in awe, several were rinsed in an early afternoon November sun.  St Mary with Decorated dormitory of knights and their ladyes.  Sleep gentlefolk you have earned your sweet rest.

*After Duke William of Normandy crossed the English Channel and took London, his supporters followed in search of lands and wealth. The de la Beche family was among them. They received numerous properties and built two castles, one of which was in Aldworth.
Posted by Tim Baynes Art at 19:08 No comments:

Picture yourself at the public library 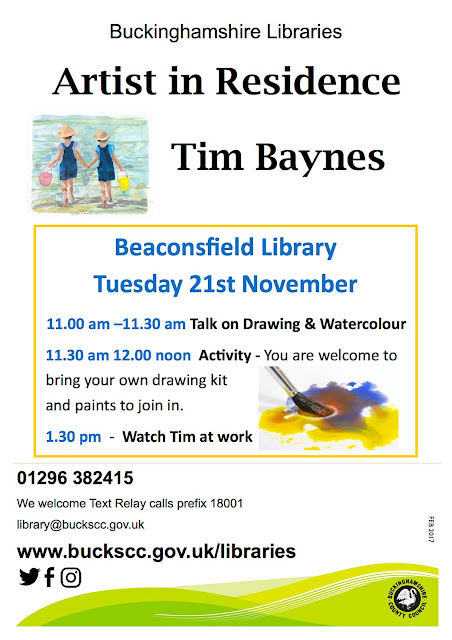 Route 27 was introduced to link the west to the north of London, originally it ran between Hounslow and Muswell Hill.

The route operated throughout World War II. Peter Cushing used the route to reach the theatre near Kew Bridge. Singer Matt Monro was a driver on route 27 prior his musical career taking off.

Death of a Dahlia 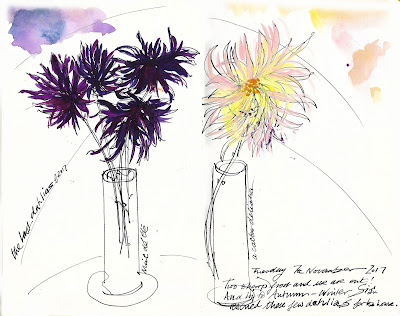 Always a sad moment in horticulture. When the November frost finally take the dahlias away from us.
Sian rescued these last week before Jack's onslaught.
Posted by Tim Baynes Art at 18:53 No comments:

For me a week one week in Wakefield comprised one large bedroom bereft of books or flowers. Instead a large television increased the forlorn feeling my home of the week.

During the day one large meeting room without natural daylight however it was called ‘Essex’ which appended to the door lifted my spirits each morning.

All this took place at the Four Points Sheraton, Sunday through Friday just before October fell into November. The place was blessed with jolly team on the front desk and everywhere else in the hotel.

And a short distance from the hotel was my favourite freeway the I95 featured in these pages in July, Peabody MA. Living in room 408 link.

It is strange to spend so much time in such a small geographic area, fumbling for fresh air and exercise and becoming familiar with so many patterns of carpet, coffee urns, corridors and stairwells.

Only since I have left have I discovered that one of the oldest and largest manufacturers of flying model airplane toys in the world, Paul K. Guillow, Inc. is has its home in Wakefield. http://www.guillow.com


I made it to the end of Inktober. 31 Days 31 Drawings. It was a challenge some days just grabbing the time to draw, photograph and post on line.  On reflection working exclusively in black and white was interesting, making all the tones between black and white work harder on the page.

31 Days 31 Drawings
Jake Parker created Inktober in 2009 as a challenge to improve his inking skills and develop positive drawing habits. This year I had a go! Full story http://mrjakeparker.com/inktober this year about five million people took part. 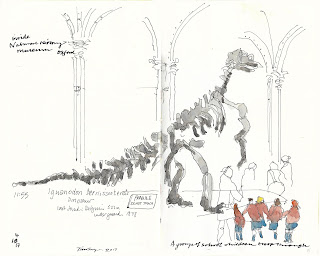 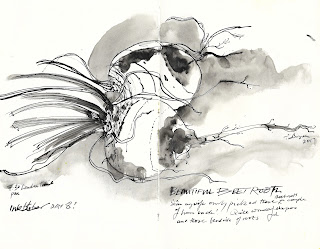 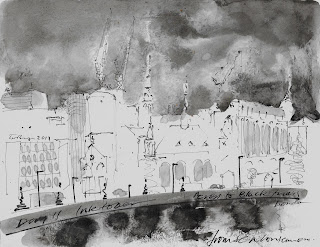 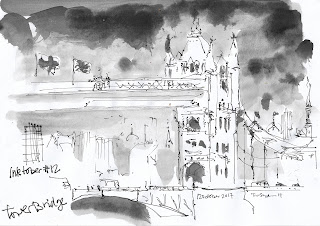 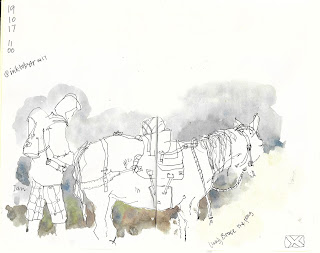 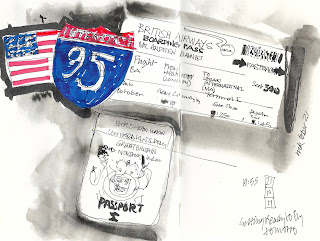 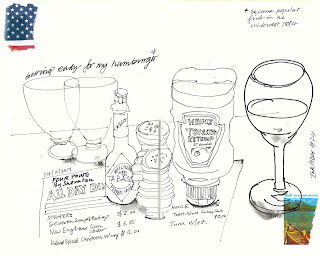 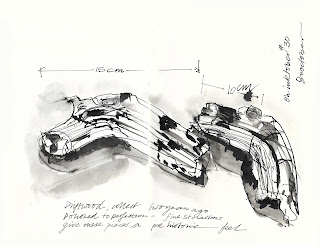