Cathedral Project back on track 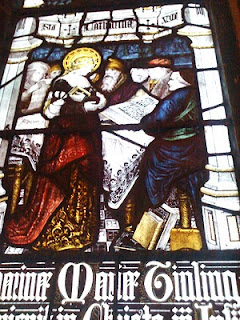 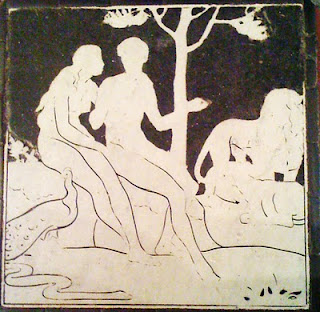 After a rest of just under six months we are again visiting cathedrals. This weekend - Gloucester. Wonderful Romanesque nave, and royal patronage which enabled the east end to be re-build it the perpendicular style. And blends wonderful in the Autumn afternoon sun that fades all too soon as they dim the lights for Evensong.
Details here: a floor tile in the Presbytery and stained glass in the Lady Chapel. 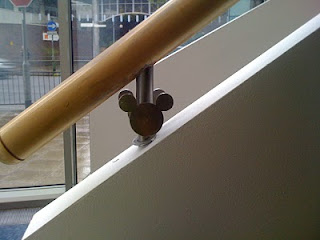 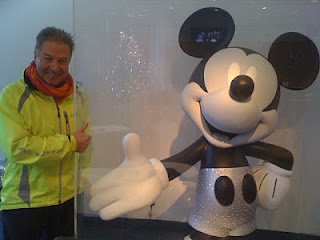 Before you all start climbing all over the web to start booking your tickets, Hammersmith is actually home to The Walt Disney Company's London office. However Mickey was very much in evidence as I delivered a picture from my exhibition to Client and super-chum Amanda. The wonderful thing about Mickey is that he gets everywhere - check out the details on the handrail in the reception area!
Posted by Tim Baynes Art at 14:13 No comments: 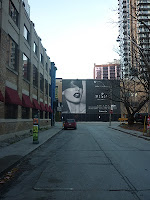 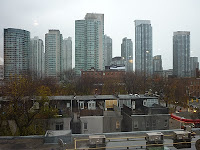 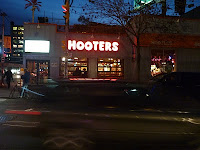 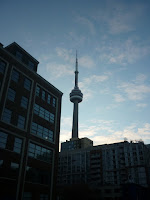 What a week! Toronto, now it Friday and I am heading home having been working with great BBC colleagues and catching up with wonderful colleagues from my old school - Microsoft. Four days being subjected to an extremely wonderful service culture epitomised by the oh so wonderful Hotel Le Germain in Mercer street. Long days, neon lights, friendly sidewalks and great beverages. It is two years since I was hear and the warmth of the people is, absolutely, incredible. GOD BLESS CANADA. Thank you so much!
Picture feature - Random Creativity House Photographer

'Thanks very much' to colleague and collaborator Nicholas Bate for his mention of my book Doors to Automatic on his daily dose of magic and nuture for business of life and the life in business.

His blog is a real reward full of fresh ideas.
Posted by Tim Baynes Art at 20:25 No comments: 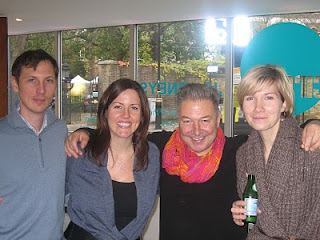 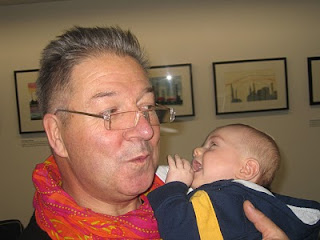 Saturday was the last day at The Circus Gallery . Several pieces from my ‘back studio’* were snapped up which was especially pleasing.
Better still a good crowd of people visited:
In the morning super-friend Katherine, painter-husband Oliver and baby Rocco. Attached to this delightful entourage was Katherine’s father, poet Gene Stevenson. Gene and I chatted about how we both celebrate the world of travel, me in print-making, and he in poetry. Bonus: Gene was acquainted with Thom Gunn**

Rocco was awarded the Youngest Visitor to the Show .
Photos feature Oliver Katherine Rocco and Jo Bergdahl, Partner at Circus

*Back Studio – I picked this useful phrase up from Juliet Johnson, Director at the Frost & Reed gallery who the other day told me how artists often bring out work unsold from previous exhibitions in the hope of selling in a current show. All rather grand I though, must give it a go. ** Thom Gunn (1929 - 2004) In Praise of Cities – a poem I discovered earlier in the year, that was a critical in inspiring my show
Posted by Tim Baynes Art at 11:39 No comments: 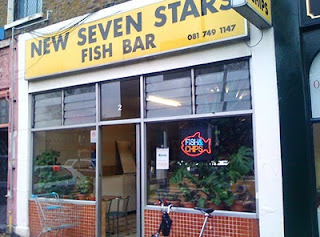 There was a particular church that I wanted to visit in Chiswick and my cycle route took me past this excellent establishment. This part of London is rich in Fish and Chip shops which leads me to the idea that the topic is worthy of further exploration.
The New Seven Stars Fish Bar on the Goldhawk Road run by two delightful chinese ladies. And even if you don't wish for chips with your sausage in batter they give you some anyway - quite delightful. Stay tuned for more fish tails/tales.
Posted by Tim Baynes Art at 19:17 No comments: 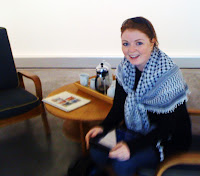 Last Saturday friends Natalie and John came up to London help out at gallery. It was a slow Saturday so we played around with the display and hung some new work, small pieces: New York, Seattle, Cairo and Cambodia. Nice work both of you. Thanks for tackling the travel of the Commercial Road.
Posted by Tim Baynes Art at 20:29 No comments: 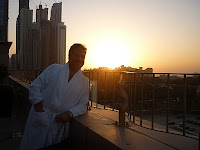 Luck is a lottery. My number came up the other week – I got to go to Dubai; on the cusp of British Winter Time. I slept two nights on a plane and worked two days in Dubai. Two blue skies, two wonderful sunsets and working with a great team of people. Yes, I love Dubai.
By the way, a big reach-out-hug to the super-fan in Pleasant Valley CA who poem-ed (verb?)
the Chocolate post - love ya!
Posted by Tim Baynes Art at 21:28 No comments: 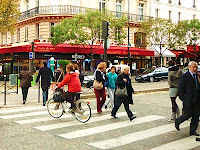 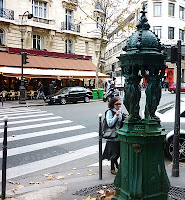 Voice 1“He doesn’t think globally”
Voice 2 “Budget cycle, usually successful, Nordics you know about, Belgium we have, very natural he is, Nils, director but then again, in the Netherlands. . . . “
Voice 1 “Sandbagging?
Voice 2 “I don’t know. Quite agitated though. . .
A conversation you cannot help overhearing - on the eurostar train back to London, Two high ranking north Americans, spear-carriers, in software, at a guess. I click on iTunes and drown my self in the Pulp Fiction sound track.
I am returning to the UK after a day with the team in Paris; and with it the stark realisation why my depiction of Paris in my show (runs until 14 November) has not sold: The picture is bereft of energy. I went out at lunchtime to buy postcards and was struck by the liveliness on the streets featured in the photo a woman on a bicycle carrying a fir tree on the back. Christmas comes early? Warm grey Paris the perfect counterpoint to Dubai the previous week (details to follow).
Posted by Tim Baynes Art at 21:20 No comments: