Over  the last two years I have become familiar with the Churches in Vilnius. They are friends and when I have time I always call in and say hello.

Two weeks ago I went to see three particular acquaintances, the baroque St Teresa’s, the gothic Bernardine Church and into the Chapel of Our Lady at the Gate of Dawn.

Like all holy places they each have a tale to tell.

ST. BERNARDINE
The Church of St. Francis and St. Bernardine called simply the Bernardine Church. It was built in the 15th century. During the Soviet occupation it was closed. Now the place thrives.

Originally it was fashioned in the Gothic style, and then an earlier invasion by Russia in the middle of the 17th century, the Cossacks devastated it. When Lithuania regained its capital city, the church was restored and Northern European Renaissance and Baroque make over; notably some exquisite wood carvings and woodworking, which against the pale walls, jump up to greet you as you enter.

ST TERESA’S
This church with its dark and warm mood with gold decoration shining through was built in the second half of the 18th century. Its high altar is among the most impressive in the city. Everything outside says ‘deep pockets; Swedish sandstone, marble, and granite – were used in the exterior façade.

The church is beautifully maintained with three naves giving it a basilica plan. There is room to move to room in the welcoming gloom. Whilst I am there one or two people come and go, making their prayers and supplications.

GATES OF DAWN
The Gates of Dawn enjoy a constant trickle of people making their petitions before Our Lady. People of all dominations and creeds come to kneel before the Madonna. The chapel is part of the only surviving gate of city’s original five gates.

The painting of the Blessed Virgin Mary, Mother of Mercy looks down to the side of us. It was painted in 17th century originally in tempera on oak boards, later repainted in oil.

All three friends have several things in common; places of peace and apart from their principal decoration and fabric, free of clutter and notices and all offering a place to just be present.

It was over thirty years to since I had a composing stick* in my hand. I spent days in the printing shop department building, next Colchester School of Art. As part of the Graphics course we were taught to set type and proof the output – the real way to learn typography.

Fast forward to last month at the Letterpress Collective in Bristol. http://theletterpresscollective.org

It was a play date; in wonderful workshop teaching type composition and printing skills. Nick and colleagues have brought slumbering presses back for artists, writers and community projects in Bristol.

On a Friday six of us had the chance to explore font, compose words, signs, poems and prose.

During the day I worked on the front cover of a book that might come to pass. My headline type face was Cheltenham and sub-head face Perpetua.

PERPETUA
English sculptor and typeface designer Eric Gill for Monotype designed Perpetua. It is classified as a transitional serif font. It bears the distinctive personality of Eric Gill's letterforms.

CHELTENHAM
Architect Bertram Goodhue and Ingalls Kimball, director of the Cheltenham Press, it shows influences of the Arts and Crafts Movement. Originally intended as a text face, "Chelt" became hugely successful as the "king of the display faces."

* A composing stick is a tool used to assemble pieces of metal type into words and lines, which are then transferred to a galley before being locked into a forme and printed.
Posted by Tim Baynes Art at 20:00 No comments:

BUGS AND BEETLES IN BURNHAM BEECHES

Almost every week Chris and I cycle through Burnham Beeches and are impressed with the primordial feeling of these trees and their terrain.

The woodland has been regularly pollarded and many trees now several hundred years old. And the dead wood in and around these wonderful trees provides a happy home for wildlife.

We peddle past, chatting, as beetles bugs and birds among the sixty species of plants and animals here no doubt gawp at us.

Hoteliers Fiona, Louise and Richard Campbell have returned to the West Highlands, to re-vitalise the hotel at Scourie, exciting adventure for these fiends of ours. www.scouriehotel.co.uk

As self-proclaimed artist in residence I am excited about getting up there soon to enjoy time there, a place originally build by the second Duke Of Sutherland as a coaching inn which looks towards the sheltered waters and white sands of Scourie.

An illustration of The Green Highlander was my first commission for the hotel, which has for sometime been the emblem of this lovely inn.

I did a little digging around on The Highlander: www.flyfishersonline tells me that the Green Highlander in old literature was first mentioned in Francis Francis' A Book On Angling of 1885.  Ten years later in George Kelson's The Salmon Fly the author attributes the derivation of "The Green Highlander" to a Mr Grant.

There are twenty-seven different steps to tying The Green Highlander.  I think I will stick to drawing it!
Posted by Tim Baynes Art at 15:35 No comments: 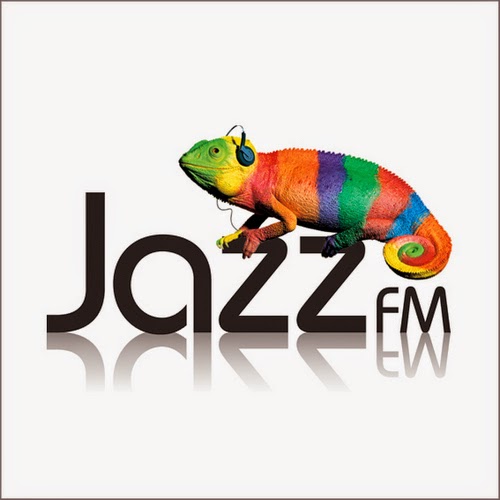 Thank you Jazz FM for the interview last Friday with Lynn Parsons and the chance to examine the whys and wherefores around drawing and making pictures.

The recording sits here on the home page. http://www.timbaynesart.co.uk

On a January morning, clear and bright and only just inside 2015 we drove over to Happisburgh to see St. Mary’s. Stepping through the south door a lovely light spacious interior, and outside a wind fit to blow us all down onto the beach.

*For more information on this wonderful sentinel of a church visit http://www.norfolkchurches.co.uk/happisburgh/happisburgh.htm

www.norfolkchurches.co.uk is part of Simon Knott’s wonderful collection of photographs and descriptions of churches in Norfolk, Suffolk and Essex.  All can be access through http://www.simonknott.co.uk/mainpage.htm
Posted by Tim Baynes Art at 19:20 No comments: