Cambodia to Vietnam (a Kingdom to a People’s Republic). Cambodia, so chilled out, every face smiles breaks into a smile at half the opportunity. Industry everywhere, people doing things or relaxing from doing things. We a were/are already making plans to return.

Our last night in Cambodia, Thursday evening, we had another massage and wondered how people so graceful and tiny could inflict so much pain. Still what did not kill us made us stronger, as we sit now in our hotel in Ho Chi Min City, an hour’s flight away from Siem Reap, Cambodia. 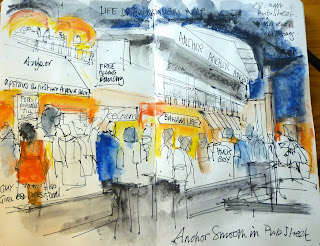 Post massage, on the Thursday evening , Mr Soum took us to Pub Street in Siem Reap, at night, it is as close to ‘Asia Any-Street’ as Cambodia gets. We hunkered down at the street’s edge at the bar called Angkor What? and discovered Calvin Harris was still popular.

People drifted down Pub Street. Only a few girls clung to the arms of elderly men. 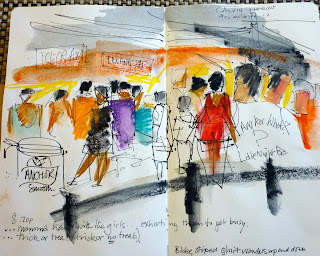 We paid and left, found food and then met up with Mr Soum for the journey home.

He took us into town, the next day, Friday morning,  so we could again poke around in the old market before heading out the airport.

We landed and eventually located our driver and were whisked through the streets of Ho Chi Min City know still by the locals as Saigon. This is more like it; battalion upon battalion of motorcycles as you hold your nerve to cross the street.

We are staying at the Silverland Central Hotel and can just see a view of tall buildings. The toot-toot of motorcycles and cars drifts up to our room, like men trying to out brag each other in a bar. The occasional whoop-whoop of a siren seeks to interrupt the sound of horns. We are back in modern Asia. 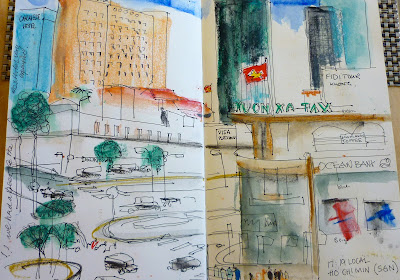 Out onto the hot sidewalk and down the street,  it is only ten minutes to the Rex Hotel. The Rex was famous during the Vietnam War for it hosted American Military Command's daily conference, derisively named "The Five O’clock Follies" by journalists.

We enjoyed a great view across the city and a horrendously expensive beer in rooftop bar, which fifty years earlier, was the meeting- place military officials and war correspondents.

Above: The view from the rooftop bar at the Rex Hotel
Posted by Tim Baynes Art at 14:31