SAILING OVER THE SOLENT

Sailing above the Solent

There seems to be a distinct nautical favour through posts of late, Emsworth and Newtown IOW, now to add a bit of ‘aero’. 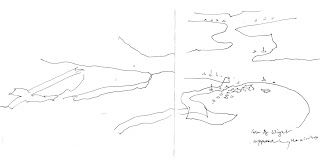 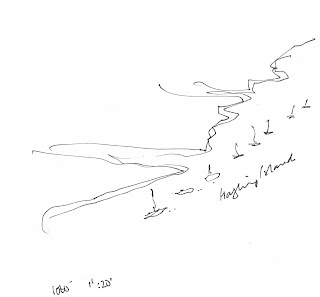 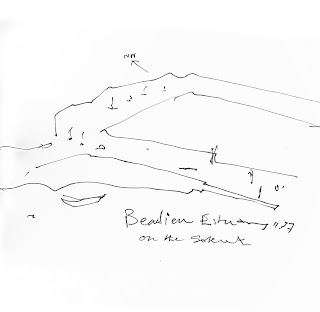 The other day I was going to a 2017 sketchbook the couple of years back and rediscovered a series of six drawings I made from up in the air above the Solent.

My pilot was a good friend Chris SS, a pilot instructor, who’d offered up a jaunt and I could to pick the place over which we would fly (within reason and fuel capacity). 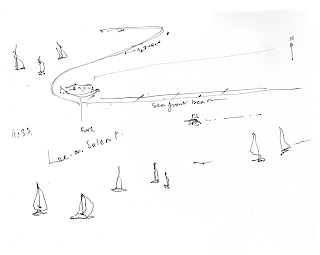 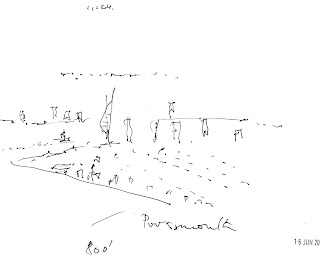 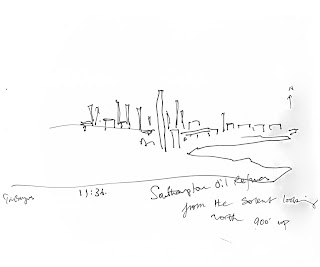 I'd chosen the Solent because having sailed across it several many times I really wanted to see it from the air. Off we hopped from Wycombe aerodrome and in no time at all we were over the Solent.

Sketchbook out, pen uncapped, I had to work quickly, for, exasperatingly, the position of plane the landscape beneath us changed real quickly. Actual the drawing time started at about 11:15 and all over by 11:50 when it was time to land for lunch, on the Isle of Wight. 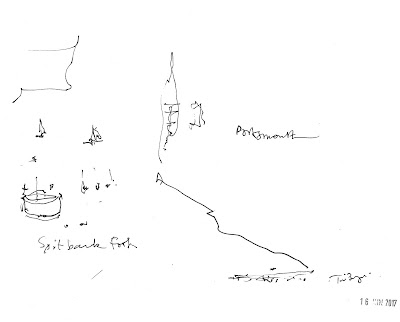 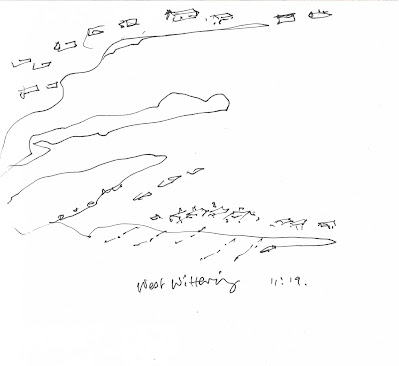 It was a great trip and I stood the pilot lunch, the least I could do! You'll see from the timings on the drawings there was little time to get into detail. One was really trying to grab the most important shapes as surfaces and to in front of me as we sped along above the Solent.
Posted by Tim Baynes Art at 19:14