On my first visit to New York in 1986, Chinatown one the first points of exploration. I remember the street signs had Chinese names as well. As they do today.

This district of Manhattan is home to the highest concentration of Chinese people in the Western Hemisphere.

Since that time the area has accepted waves Cantonese-speaking people from across China and Hong Kong. From the late 1980s through the 1990s, a large influx of people came from Fuzhou, in southeastern China and with them the speaking of Mandarin.

More recently real estate pricing and gentrification have put pressure on living in Chinatown for the original population.

Said to be the first person to have permanently immigrated to Chinatown, Ah Ken is said to have arrived in the area during the 1850s. He was Cantonese businessman and founded a successful cigar store on Park Row to the SW of the district. No doubt he was selling his wares to high rolling businessmen.

Districts of Manhattan Map: Copyright and its usage permissible by Civitatis Tours S.L., based in Madrid.  THANK YOU 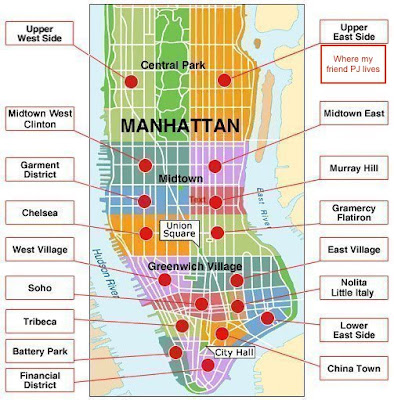