Along the path to Ceredigion 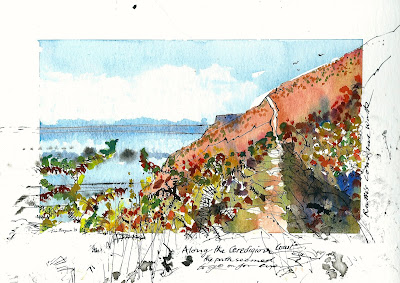 Aside from a cliff top path that appears to go on forever, Ceredigion's 50 miles (80 km) of coastline has sandy beaches. In 2011 Ceredigion's beaches were awarded 5 Blue Flag Awards, 4 Green Coast Awards, and 14 Seaside Awards and has been explored by Ruth Livingstone.
Another pic from me as Ruth's Artist in Residence