Thursday Evening
The flight from Delhi to Mumbai (Bombay) was cancelled and the next flight an hour later was delayed by 45 minutes so my level of grumpiness was medium. Very late into Bombay however it was a pleasure 27 degrees in the airport car park. Thus by car, though the dull heat and dust, to the Mumbai Cricket Association Leisure Complex, known locally as the MCA: This were the next two workshops (Friday and Saturday) were being held and my home for three nights.

The MCA looks like and Edwardian gentleman’s club, gently spinning ceiling fans, dark wood everywhere, the basins in the washrooms large enough in which to bathe, palms and servants smartly dressed and on hand.

The cricket pitch itself was being re-laid by a team of people that seemed up at dawn and working through to 7pm each night.

I survived my stay on some excellent food and Kingfisher beers each evening. The staff were most attentive, to extent that the room service boy stood holding the plug in position in the power socket whilst I ironed my shirt (neither of us could figure out where the loose connection was). 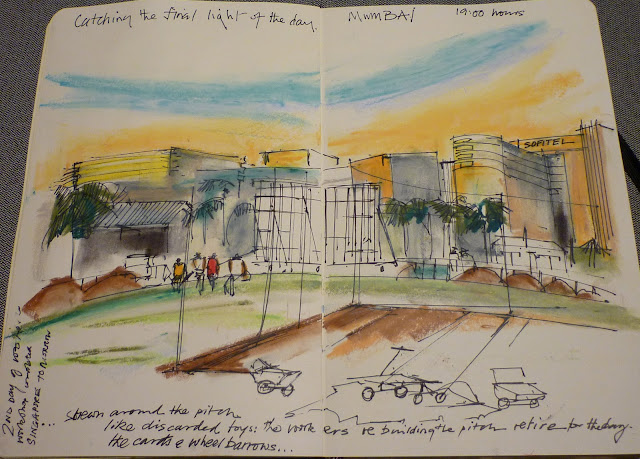 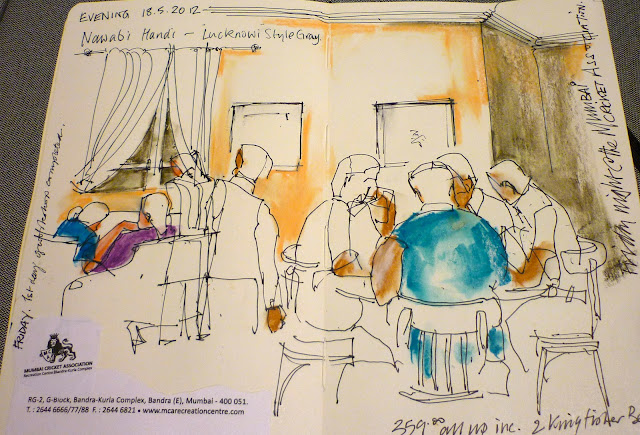 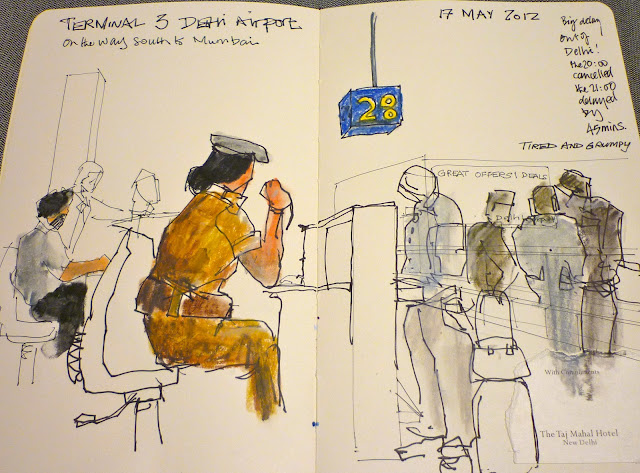 BOM to SIN
Sunday afternoon: As I write this this we are heading into Singapore, with 27 minutes and 214 km to landing. I rose at 4am early Sunday morning and scooped up by my driver and through the multitude of slow security checks at the airport and then wedged between to giants on a 777-200 for 4 hours and 20 minutes.  Singapore
Posted by Tim Baynes Art at 12:45