A PATH OF BEAUTY IS A JOY FOREVER

Just one of the most wonderful things about Tesco in Carmarthen is it close proximity to Carmarthen Park. The park boasts a full-size velodrome, an area dedicated to skateboarding and graffiti and my favourite, Victorian Band Stand, crumbling but still standing defiant. 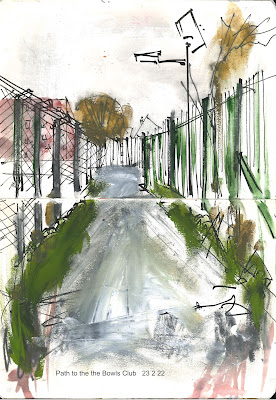 Having waited patiently whilst I did the shopping I thought it important to take the sketchbook and precious Rosie for some exercise. So off we went to discover footpaths new. 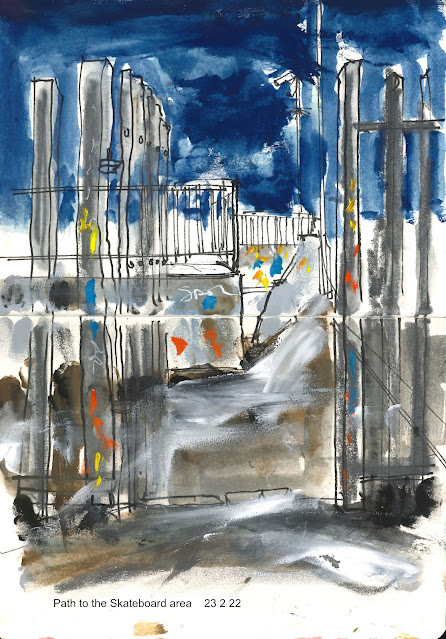 New National Treasure Robert MacFarlane had this to say on paths.

“Paths are the habits of a landscape. They are acts of consensual making. It's hard to create a footpath on your own...Paths connect. This is their first duty and their chief reason for being. They relate places in a literal sense, and by extension they relate people.”

Robert MacFarlane, The Old Ways: A Journey on Foot

He makes some important points especially the relationship with people. Where would we be without them? And do we appreciate them enough? 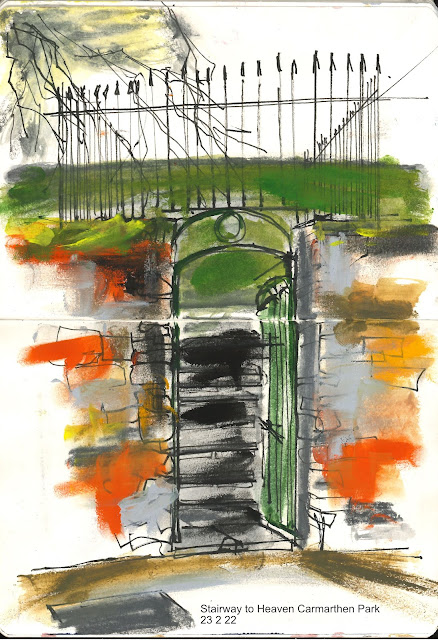