The East River is not really a river at all.  It is a waterway that connects Upper New York Bay at its south end and Long Island Sound on it's north. It makes it’s way through the Boroughs of Queens on Long Island and from the Bronx on the North American mainland and also divides Manhattan from Queens and Brooklyn. Lucky Queens and Brooklyn.

It is navigable for its entire 16 miles length. Native American peoples settled along its banks. Then the Dutch settlement of what became New Amsterdam began in 1623. It became a strong trading point and remained such. The growth of the waterfront halted during the American Revolution, however. the East River played an important role early in this conflict.

Hell Gate is a narrow tidal strait in the East River in New York City. A rumbustious stretch that many engineers tried to tame. A film Hell Gate: The Watery Grave (1977), is a 50-minute documentary film, narrated by actor Alexander Scourby, tells of the waterway's history, including the clearing of the channel, the building of Hell Gate Bridge.

Often polluted with spillages it is now cleaner than it was. Swimming is still not recommended! However, there are twenty-four fixed crossings; bridges or tunnels from which we can chose to cross the East River.

In popular culture the East River has provided much inspiration including The Brecker Brothers excellent song named after the river featured on their 1978 album Heavy Metal Be-Bop listen here: https://open.spotify.com/track/4DdBhsStGr1jUMgOHAiqqM?si=579e7c0c3b2e4f90

And finally this waterway has featured large in the photography of P J Lehrer who inspired these 8 pieces.  Thank you PJ 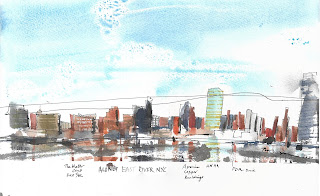 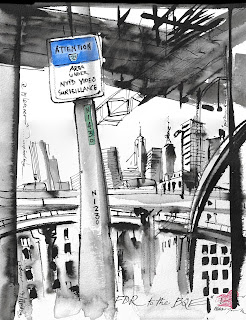 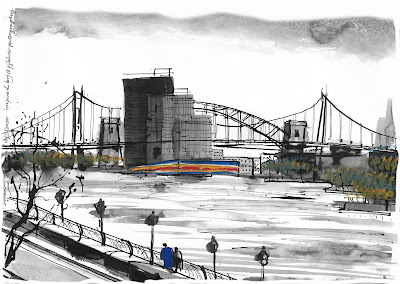 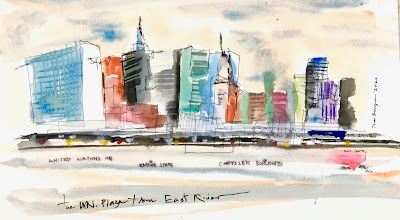 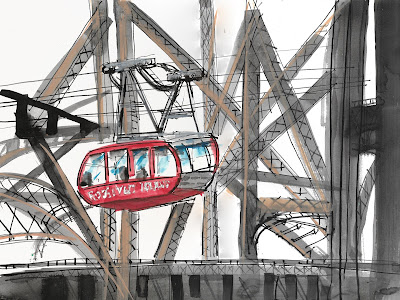 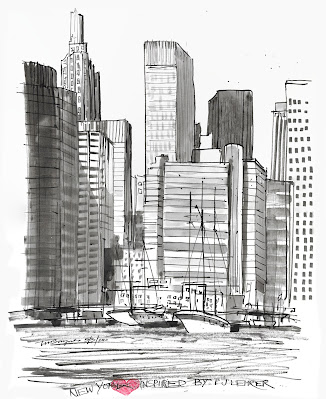 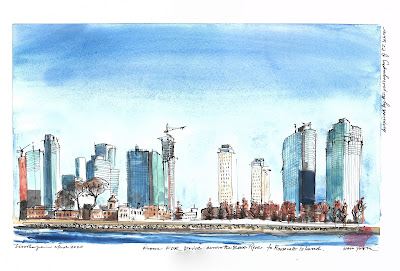 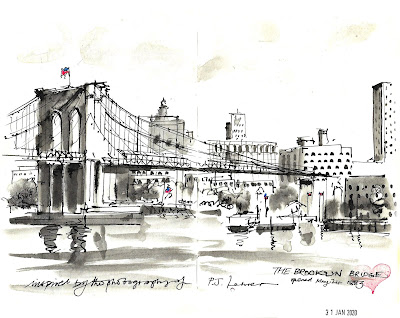