Modern architecture began here: The Looshaus in Vienna (also known as the Goldman & Salatsch Building) designed by Adolf Loos. He left all ornament and decoration behind and looking at the building it elbows it way into the Square (Michaelerplatz) in which it stands.  This is the stark counter point to all the baroque and classical, which proliferates in Vienna.

Wiener Schnitzel first appeared in the end of the 19th century when Vienna was its prime. We enjoyed ours in the café Einstein like many of the older cafes, very grand and doubtless the place where espionage as once conducted.

This is arguably grandest stable block in the world; Spanische Hofreitschule.
We watch a display of dressage to dazzle. This is the winter riding school built in the mid 1700’s by Charles VI, and today riders always salute the royal box before they ride. 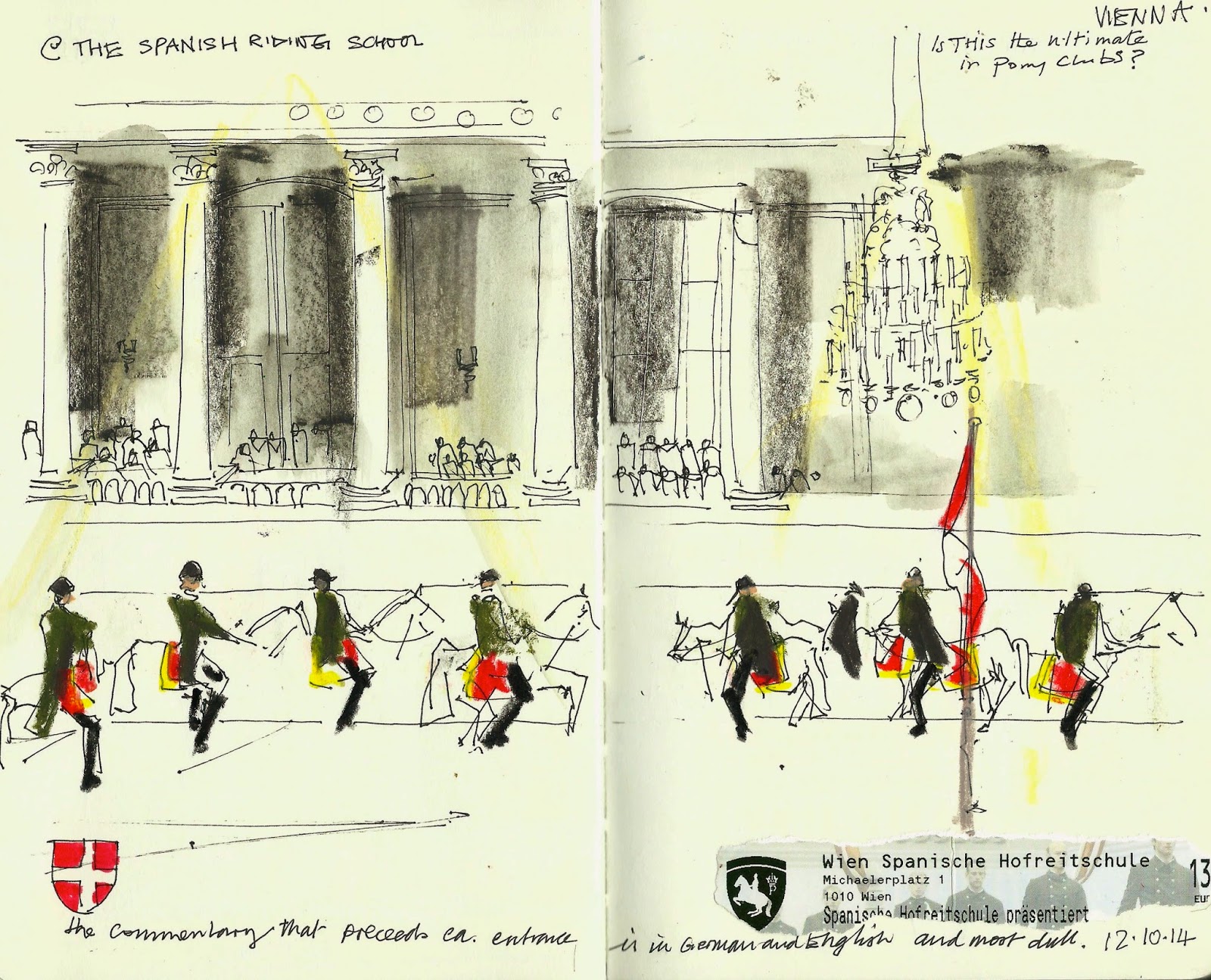 Vienna, a capital city, home of the waltz (most of them on the hotel reception’s music loop) and home also to Sigmund Freud in whose park Sian enjoyed a sandwich.
Posted by Tim Baynes Art at 19:01