THE GROVE Lots of taste in the toilets

Set in the rolling heart of Hertfordshire, a mere mile or so out of Watford are three hundred acres of countryside and golf. Now a beautiful hotel, spa etc.  Last week it was a great place the Spotify event in which I was involved. The Grove is dripping with 'art' and 'design', one fights one's way through sheaves of dried grasses and drift wood to visit the washroom. 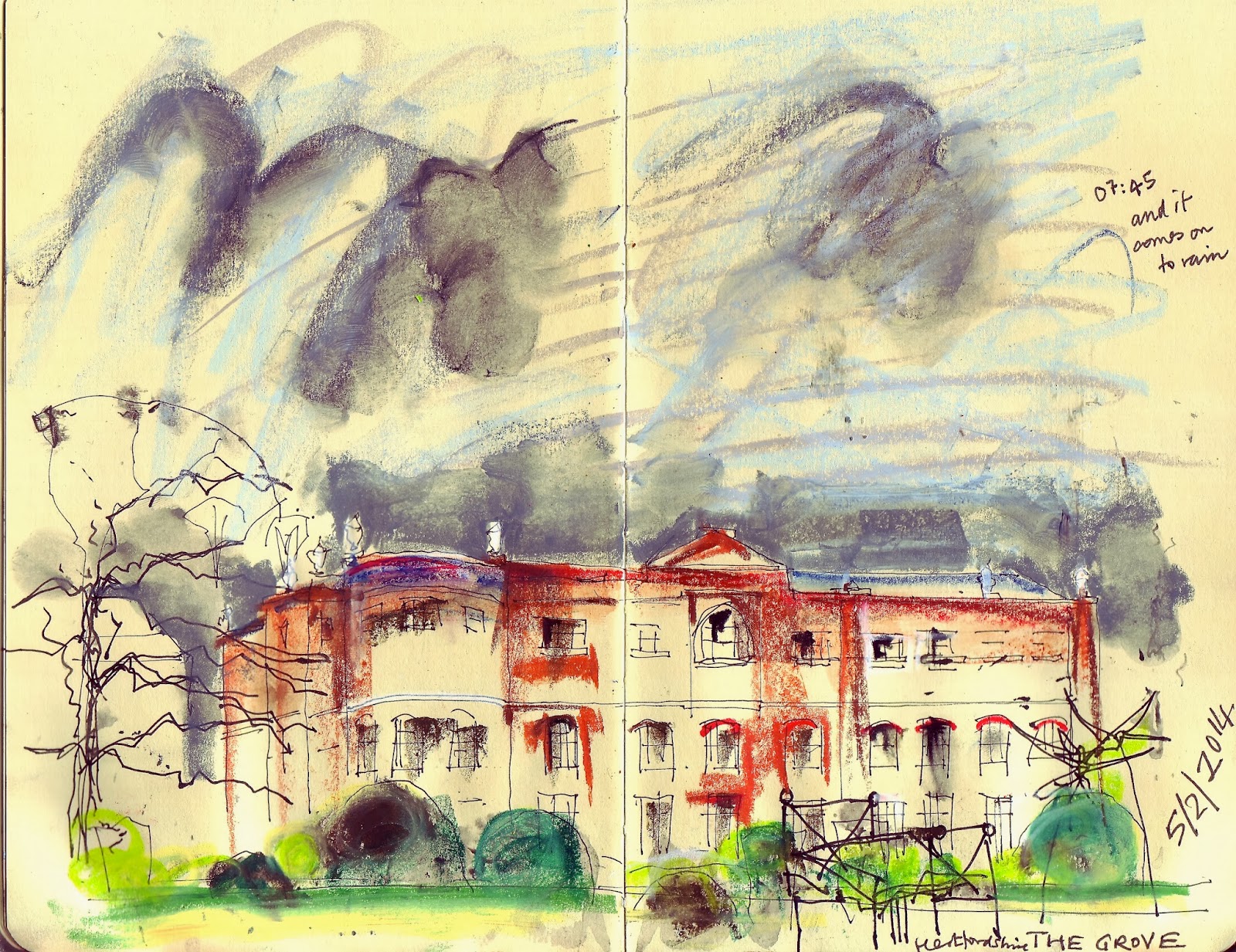 1846 The 5th Earl of Clarendon became Queen Victoria's 'Aide de Camp' - her Secretary and Aide - and started the English tradition of lavish house parties for the Queen and her posse. Houseguests included Edward VII, Horace Walpole and Lord Palmerston.

1920 The aristocratic family left The Grove. The Times published a letter mourning the passing of "One of the greatest political houses of the 19th century.

1920s & 30s The Grove was used as a Gardening School, Health Centre, Riding School and a Girl's Boarding School.

1940s The Grove was the secret wartime HQ for the London, Midland & Scottish Railway. Of great strategic importance, it was called "Project X". Six air raid shelters can still be seen today beside our Football Pitch. They're now home to one of Europe's largest colonies of Pipistrelle bats. 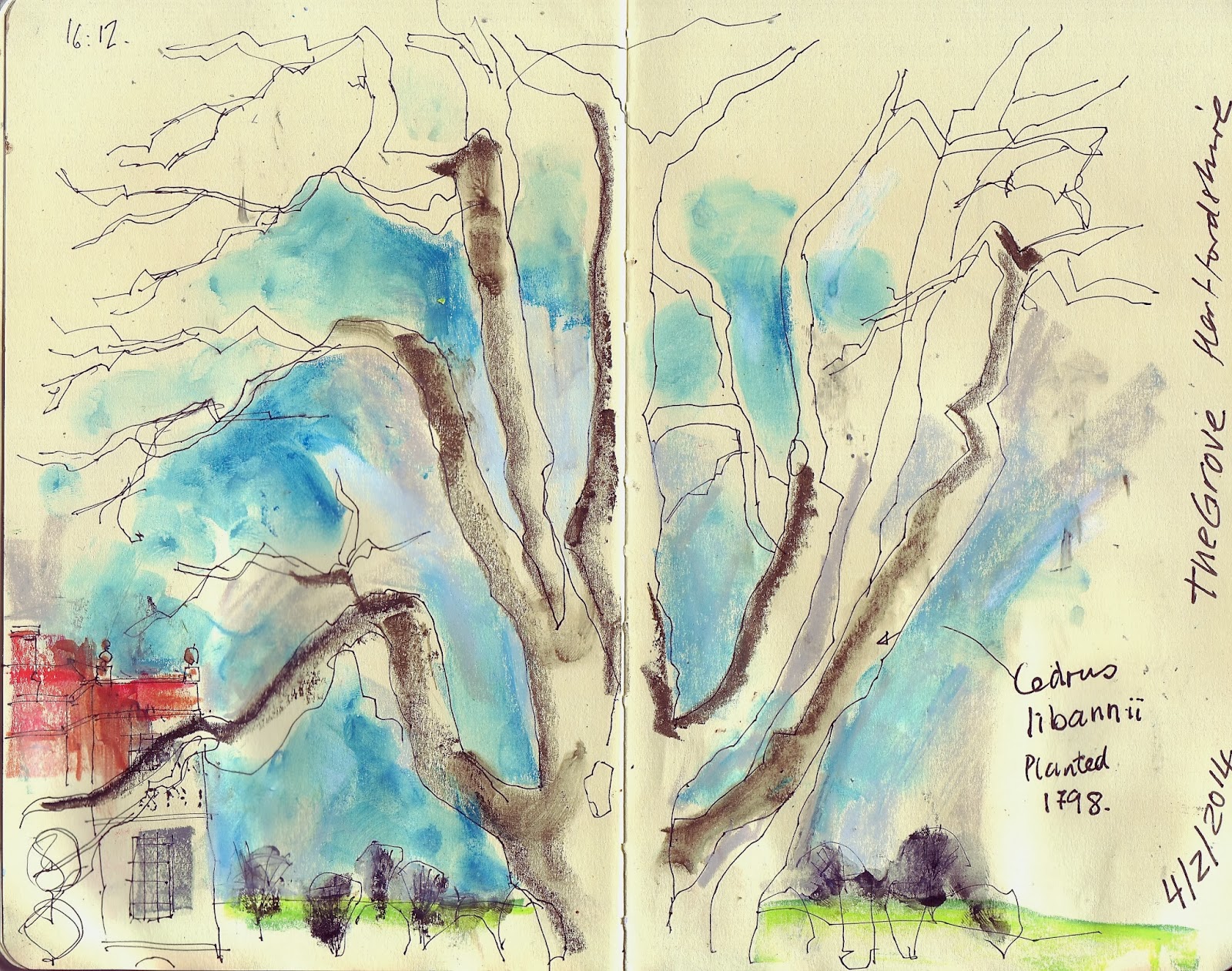 1996 In a ruinous state, The Grove was rescued by Ralph Trustees Limited, who set about breathing a new vision into reality with the help of famous architects, interior designers, landscape gardeners and golfers. Eight years later saw the grand opening of our luxury country house estate hotel & spa… the start of a new era for The Grove.

SIGN UP FOR THE EXCITING SPOTIFY MUSIC SERVICE https://www.spotify.com/uk/
Posted by Tim Baynes Art at 18:07