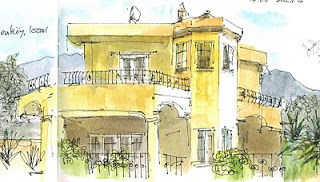 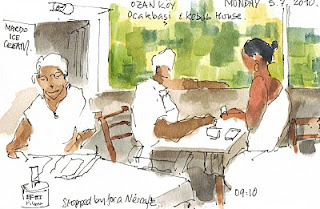 Fun and sun in July:
I went to Northern Cyprus. J-Lo did not. A wonderful part of the Levant.
We may well go back.
Oh, and here is the back ground to the story: Jennifer Lopez has cancelled a performance in Turkish-held northern Cyprus after angry protests from thousands of displaced Greek Cypriots.
The US singer's gig at a luxury hotel had triggered fury among Greeks who accused her of according legitimacy to northern Cyprus, a breakaway state recognised only by Ankara.
Links left in and my thanks to the Guardian Newspaper.

Illustrations of Northern Cyprus all my own!
Posted by Tim Baynes Art at 19:10